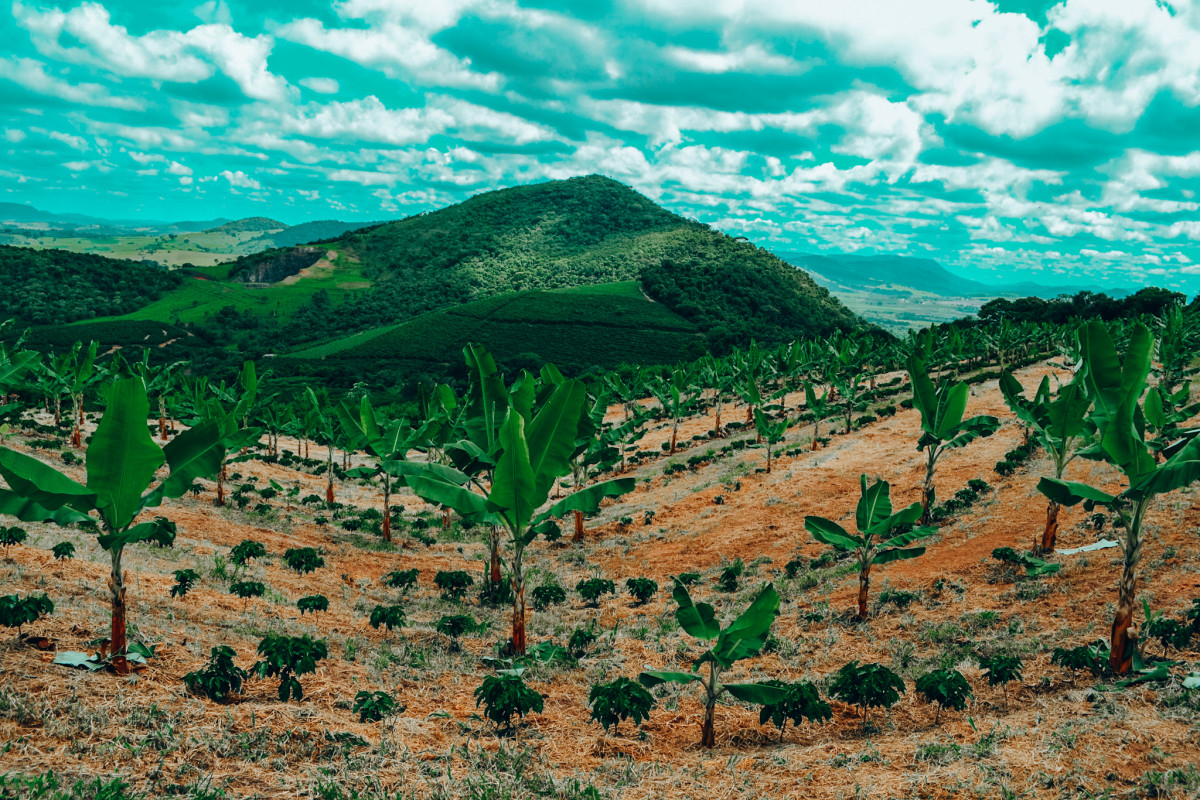 The Case for Agroforestry in Brazil

This year we started a new partnership in Brazil, one that is raising questions about the future of traditional agriculture, especially among small and medium-sized coffee producers in Brazil. Let’s dive into the topic of coffee and agroforestry!

Why is the traditional way of agriculture not enough?

Agroforestry is not a new concept but has become more relevant with climate change lurking around the corner. Just listen to Woody Harrelson in the Netflix documentary; Kiss the Ground. You will start wondering about our current practices in traditional agriculture. By tilling, applying chemicals, (over)fertilizing, we are slowly eliminating life from the topsoil and releasing carbon into the atmosphere instead of storing this in the ground. All around the world we see slow degradation and declining returns each harvest season.

As consumers, we might want to eat “better”, buy organic food, and support healthy value chains. All of this comes at a premium, a weight-off between; either paying for quality or keeping to a budget. Farmers are faced with the challenge to be both cost-efficient and improve their practices at the same time.

So where do we start?

Change is a slow process, so best to focus on the innovators out there, that provide scaleable systems for the future. Supporting pilot cases that will help to set an example for sustainable production. Let us introduce one of them. 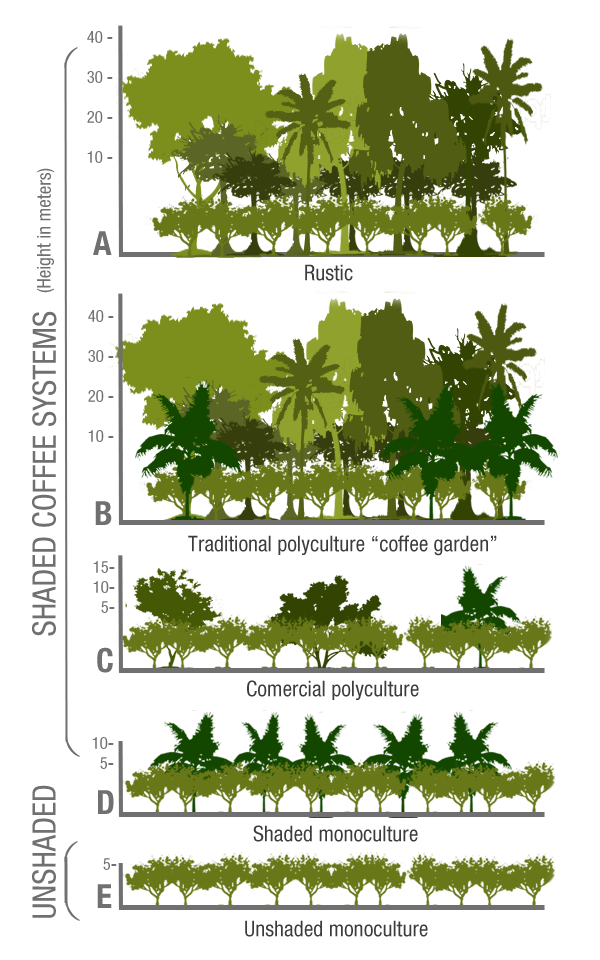 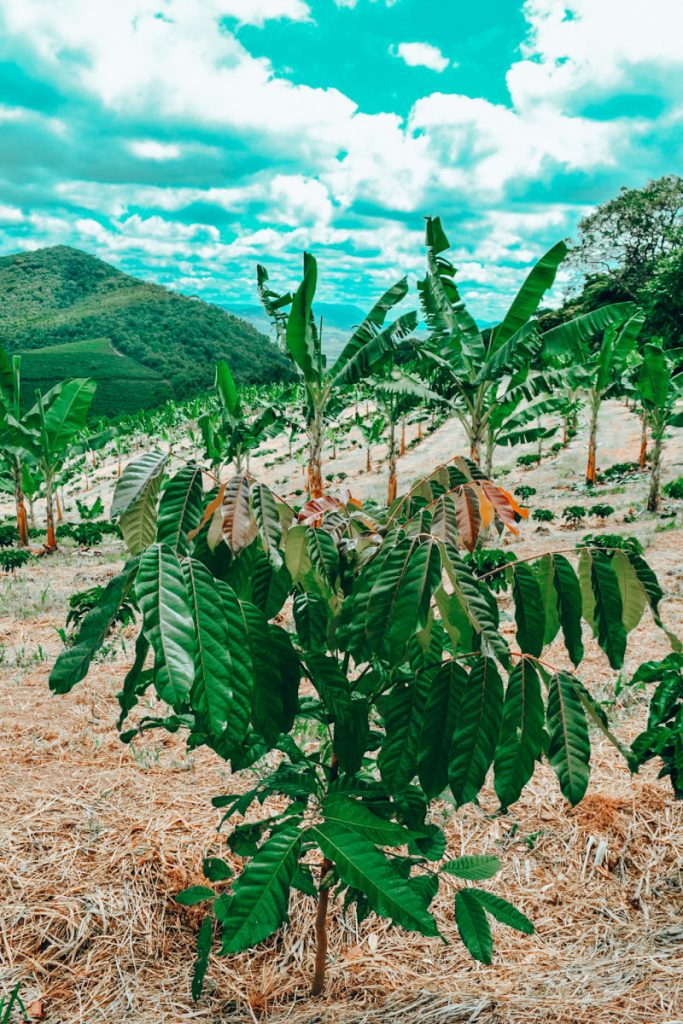 Brazil produces around 35% of the world’s coffee supply, but with increasing environmental and economic pressures, the future of coffee production is at risk. With coffee consumption growing exponentially year by year, we may find the industry struggling to meet global demands. It’s time to tackle the urgent issues with climate change (droughts, frost and low yields) and lower the current risk of price instability for farmers.

By introducing agroforestry systems, farmers can create healthy ecosystems while generating a sustainable income through multiple cash crops. Early adopters are showing better protection against the effects of climate change, whilst lowering their carbon footprint.

What is agroforestry? Agroforestry is a form of land management using intercropping, where trees and shrubs are combined to create a multi-layered ecosystem, keeping the soil and biodiversity protected.

The Coffee Quest partnered up with Eduardo Ferreira de Sousa from Fazenda Pedra Preta, a farm in the north-eastern tip of the Mantiqueira de Minas region. Eduardo is a young farmer that used his Master’s Thesis research to create the Tropicália Agroforestry System. He is putting theory into practice! The outcome after the first two years has been overwhelmingly positive. The benefits Eduardo found for his farm include; regulated temperatures, avoiding pest and disease outbreaks, improved soil quality & biodiversity, as well as alternative incomes and decreasing the use of fertilizers. All of which have a positive impact on the surrounding plots.

Traditional coffee cultivation is limited in the face of ongoing price instability and climate change, which is why Fazenda Pedra Preta’s eventual goal is to transition their entire farm into the Tropicália system. Thereby breaking a cultural barrier, making a radical change in farm management towards becoming future-proof.

The Tropicália system is based on the Wave Agroforestry concept, whereby the canopy mimics the shape of a wave (Bigger tree to smaller tree to bigger tree). A good arrangement for light filtration and the key to improving the health and productivity of the coffee plant.

“The green oasis of the agroforestry plot can be seen from down the road” – Eduardo Ferreira de Sousa.

In this specific system, banana trees provide shade and generate organic matter needed during the vegetative growth of most plants. Mahogany and macadamia create shade for coffee during the later stage of the system and also distribute organic matter generated by specific pruning of their branches and leaves.

The positive results from Fazenda Pedra Preta are not surprising. Globally, agroforestry systems are proving to restore ecological balance, soil health and biodiversity, creating natural protection for climate change, whilst lowering the carbon footprint of conventional agriculture. However, do the positive aspects weigh against the reduction in coffee yield? Will a multiple generation coffee farmer be able to switch to a system with multiple crops?

Pedra Preta has what is called a commercial polyculture (see picture, C), growing multiple cash crops that complement each other while leaving space for harvest machines to pass through the rows. The idea of the rustic coffee garden is beautiful (see picture, A&B), but in the Brazilian context is not likely to provide sufficient income for the producer.

Time to research how far we can take this system without losing the economic interest from farmers! To demonstrate the scalability of agroforestry systems alongside the Brazilian monocultures. The Coffee Quest, as part of an active coffee community, will take a closer look at the scalability of the Tropicália system, as well as other Brazilian agroforestry models that include Arabica coffee. Not to replace traditional monoculture, but rather using agroforestry as a sustainable alternative to be combined with current best practices.

Starting in 2021, with the help of several client roasters and a small team led by Eduardo from Pedra Preta, we will work towards providing answers to all the important questions, as an essential first step towards setting up a large-scale pilot among the Brazilian farmers in our network. The results will cover the applicability of existing agroforestry systems but also include technical and socio-economic aspects to develop practical advice for interested Brazilian farmers. 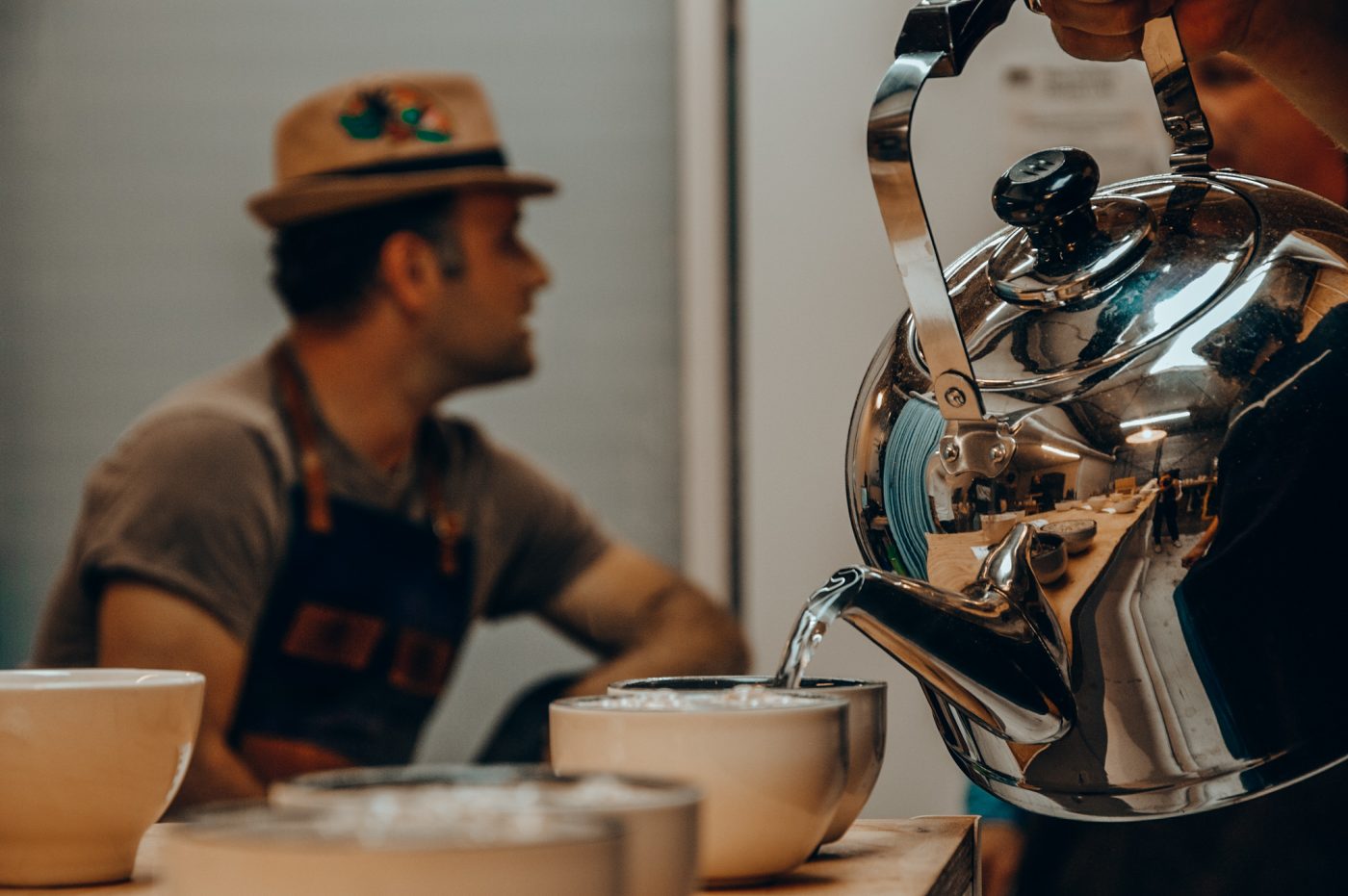 Last July 2021, after The Ethiopian Cup of Excellence event occurred, two auctions have successfully taken place, witnessing some heated bidding to compete for the 39 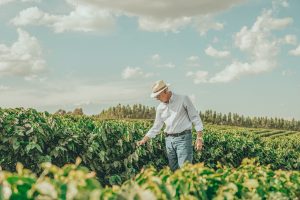 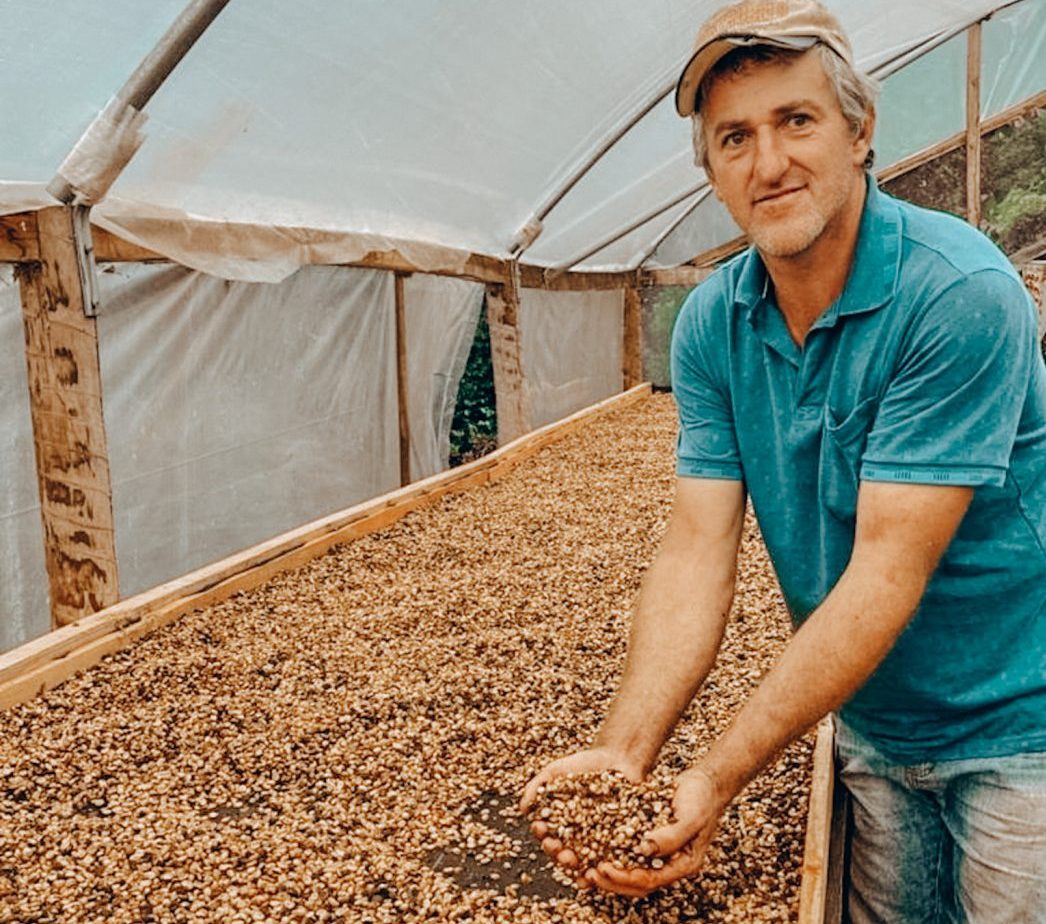 Jeremias Lietig Braga is a dedicated coffee producer who manages Sitio Braga – a family farm in Montanhas Espírito Santos region, Brazil. Sitio Braga, taking from the family name, is where coffee tradition was preserved throughout generations.