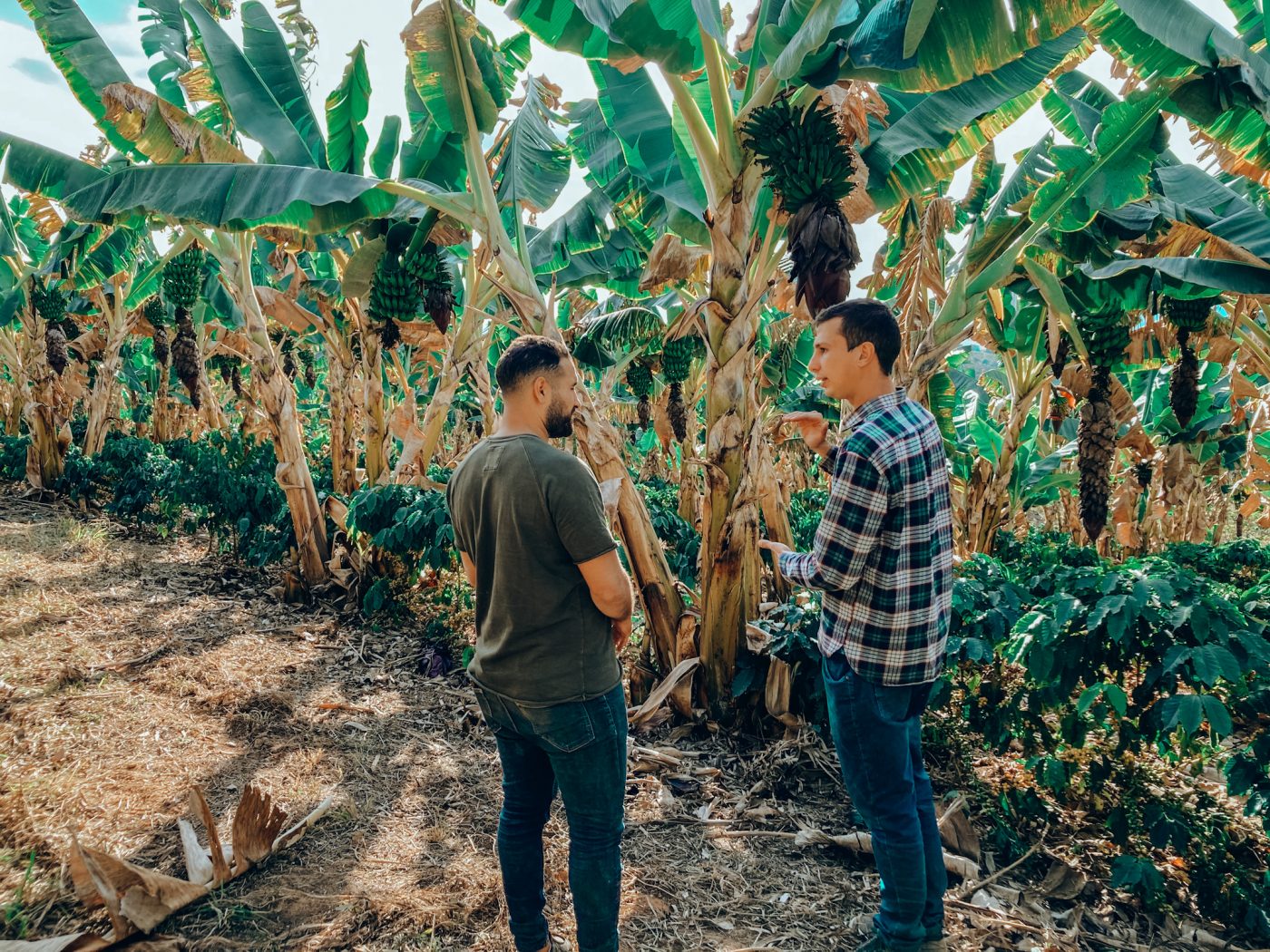 Our visit to Pedra Preta

During our trip to Brazil (August ’21), we had the opportunity to pay the first visit to Eduardo Ferreira de Sousa at Fazenda Pedra Preta, after 1.5 years of partnership and discussing the potential of his agroforestry pilot. Eduardo is a young ambitious farmer on the edge of the Mantiqueira region. He took his Master theory on paper into practice and created the Tropicália agroforestry system. Read more in the first blog of the series on Agroforestry in Brazil.

Eduardo warmly welcomed us with a tour around his farm, telling us about the transformation his farm passed through in the last 3 years. The farm is now at full capacity, while a few years back they were only harvesting from 30 of his 100 hectares of coffee area. Other improvements include investments in his post-harvest equipment, now allowing him to produce both commercial and specialty coffees at scale using static drying boxes.

The plants and trees in the agroforestry look healthy after a rough period of drought and rocky soil. The coffee trees are lined up with the banana, while larger trees such as the academia, avocado and African mahogany are planted in a separate harvesting line. A method that will allow machine harvest to start next year. This year they are still handpicking as younger trees need to reach full size to handle the harvest machine.

According to Eduardo, the need for pesticides, including fungicides and herbicides, has not been zero so far. This does not mean they are producing fully organic at his point. Fertilizer is applied, but the general aim is to reduce fertilizer usage as the agroforestry system matures. We like his realistic approach to regenerative scaleability!

The agroforestry pilot covers only 2-3 hectares of his total 100 hectares of production area. Considering the current developing pace, we see great potential for the Tropicália system!

What happened to Pedra Preta after the frost?

The timing of our visit to Fazenda Pedra Preta was interesting to say the least. We were able to observe the progress of the agroforestry pilot and the damage by the current frost in Brazil. After the frost hit, affected plants were burnt and turned completely brown, resulting in a large crop loss for the upcoming two years. His farm suffered from 30% of crop loss due to frost damage.

Eduardo explained that most plants can recover from the frost through extensive pruning, cutting the trees at their stem, and guiding the recovery. Hence, he has already started pruning the lower part of his farm where the frost damage was the most severe (see picture). Eduardo certainly is not the only farmer in Brazil who is experiencing difficulties following the frost in July.

How severe is frost damage?

The frost occurrence will cost farmers at least 1 harvest for the slightly affected trees with white frost crystallized on the surface. However, full recovery from the frost might take up to 3 and 4 years if the plant does not survive. In such cases, farmers will need to unroot and replace the plant.

Moreover, young plants are especially prone to burn fully, resulting in them being unable to recover from frostbite. From a market perspective, farmers must go through low production for the upcoming harvests and large expenses to recover their crops, while buyers can experience higher coffee prices.

Climate volatility and frost in Brazil

Frost taking place in Brazil is not an abnormal weather pattern. Quite the opposite, despite its severe damage to the coffee industry, frost and drought are recognizable threats, known to occur around the harvest months June/July. The impact of frost is mostly observed on plants, including partial or complete frost burnt. Meanwhile, droughts can reduce the nutrition conditions of the soil, causing soil erosion in the long term. In most extreme cases, frost can occur subsequently following a period of drought, and the impact is severe.

As the topic of climate change is increasingly becoming relevant, the expected increase in climate volatility creates uncertainty about future growing conditions. Each severe weather event is harder to anticipate, leaving farmers vulnerable.

Brazil’s frost during last July ’21 can be one example of how climate volatility is taking place. It also illustrated the consequences of severe frost on top of prolonged droughts. Months prior to the recent frost, drought in Brazil were already reported, resulting in soil being far from its ideal condition. This frost hit differently, and it is commonly referred to as the worst frost since 1994.

It was roughly estimated that a coffee region in Brazil would suffer from an average of 10-20% of the crop loss from this year’s frost. Certainly, most farms we visited in the Sul de Minas and the Cerrado Mineiro were most hit by the frost. However, the degree of influence varied across farms. Around 70% loss of plants was seen at Quintas de Guimarães, whereas there was zero loss at Fazenda Catanduva with only two hours apart from each other.

More interestingly, although Fazenda Pedra Preta suffered from 30% crop loss, no damage occurred in his agroforestry pilot. This was confirmed by the visit to Fazenda Do Lobo, where Guillermi showed us his 1 year old agroforestry plot (so young plants!). The tree borderline of the agroforestry crop separated the “damaged brown” with the “healthy green”. A valuable observation that opens up the discussion of whether agroforestry can be the solution to reduce the risk from frost.

Several factors can come into play to explain the result of why the agroforestry crops aren’t severely damaged. However, our observation provide a starting indication that the added vegetation is the underlying force protecting coffee plants. Interested and intrigued, we seek an understanding of the mechanism behind it, and for agroforestrye expert Valter from PRETATERRA  explained us more about the creation of a microclimate within agroforestry crops.

Specifically, shading trees bring a “shield” to the system, keeping the heat within so as to stabilize the temperature. In this condition, the humidity is kept warm to prevent it from freezing during a sudden drop of outer temperature. Meanwhile, the soil created biomass which diffuses the humidity from laying too close to the ground. As a result, crops including coffee plants are protected from the severe frost outside as the humidity is prevented from crystallizing.

What is our main takeaway?

We suspect strong indications that agroforestry has a mitigating effect on climate volatility. However, we need more best-practice cases on how we can combine Brazilian coffee culture in agroforestry systems. Currently, we see both small and larger farms are already considering implementing shade systems, the first step into coffee agroforestry, to help limit future damage from weather extremes.

To paint a bigger picture, agroforestry is expected to be protect more than just frost. It can be the regenerative system that combines needs from two sides of the market. On the one hand, farmers can benefit from the agroforestry system to stabilize the effects of climate change and price volatility, hence reducing their risks in production. On the other hand, the market is quickly increasing their demand to “buy better”: to make the purchase that limit their emission over time.

The Coffee Quest wants to play a role in stabilizing the price volatility to create a focus on the climate impact. Together, we want to focus on the pioneers in space and see how we can support them. For this reason, The Coffee Quest is paying a €1/kg premium for the coffee from Eduardo farm to further contribute to expanding his agroforestry systems.

We will cover further details on the economic aspects of Eduardo’s agroforestry practices in our future specialty blogs, such as how long will it take to replace a container of conventional coffee for the agroforestry coffee? Stay with us for further developments.

Many thanks to my co-author Rachel Ngan Nguyen! 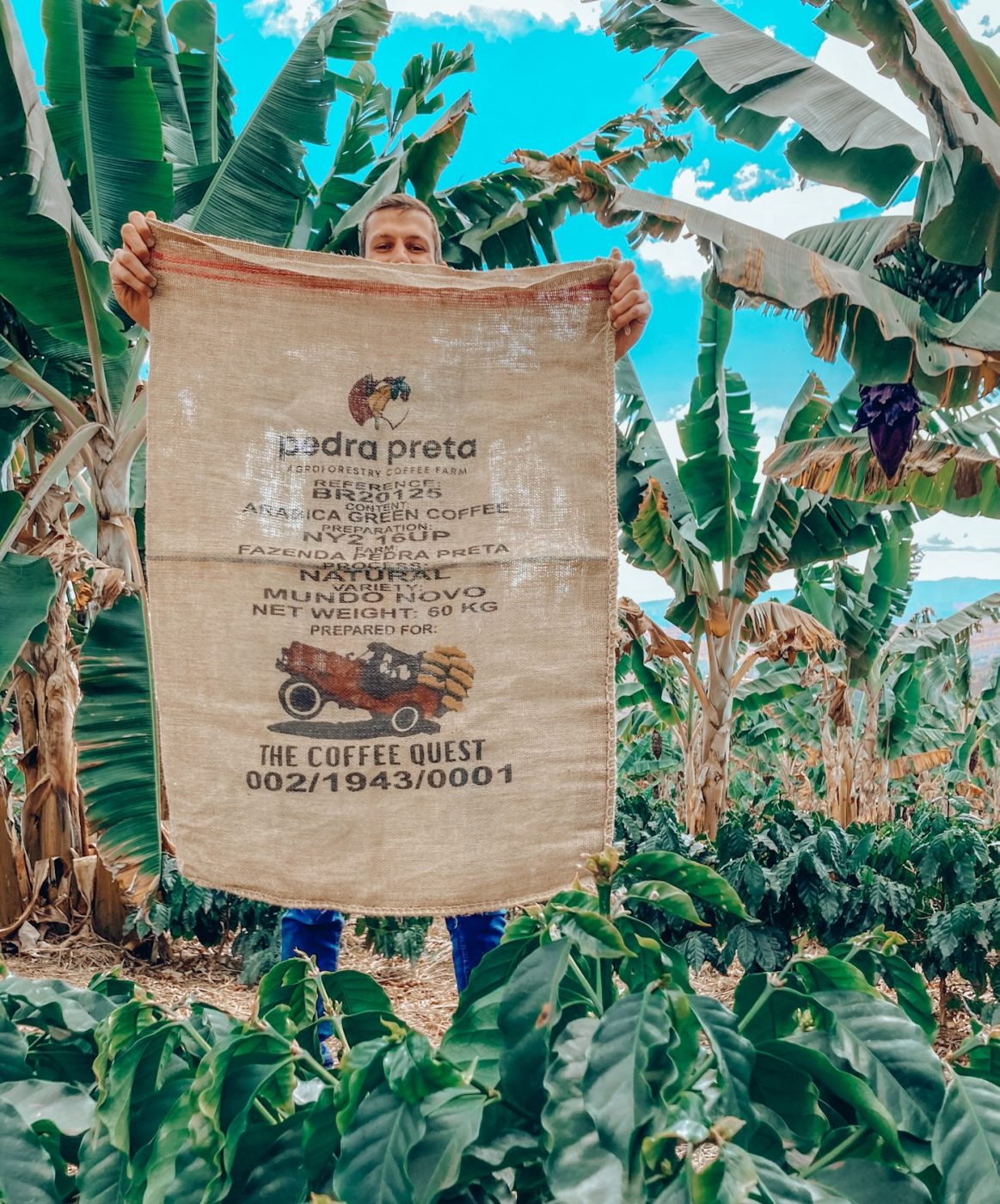 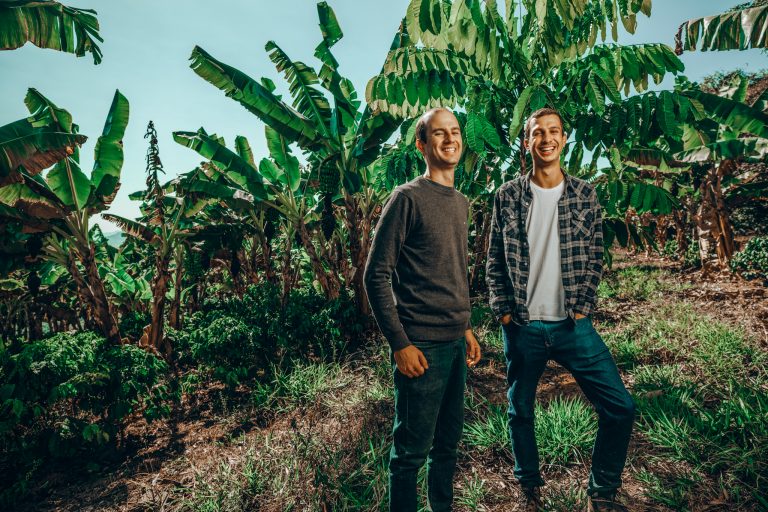 Agroforestry aims to create a sustainable alternative to monoculture, tackles climate change and reverses the effects of deforestation. 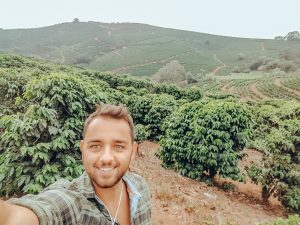 From founding a reforestation company to continuing his father’s work at Fazenda Coimbra, Samuel is dedicated to agroforestry. 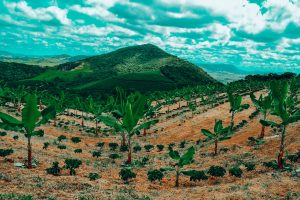 The Case for Agroforestry in Brazil

This year we started a new partnership in Brazil. Agroforestry has become more relevant with emerging issues related to climate change.