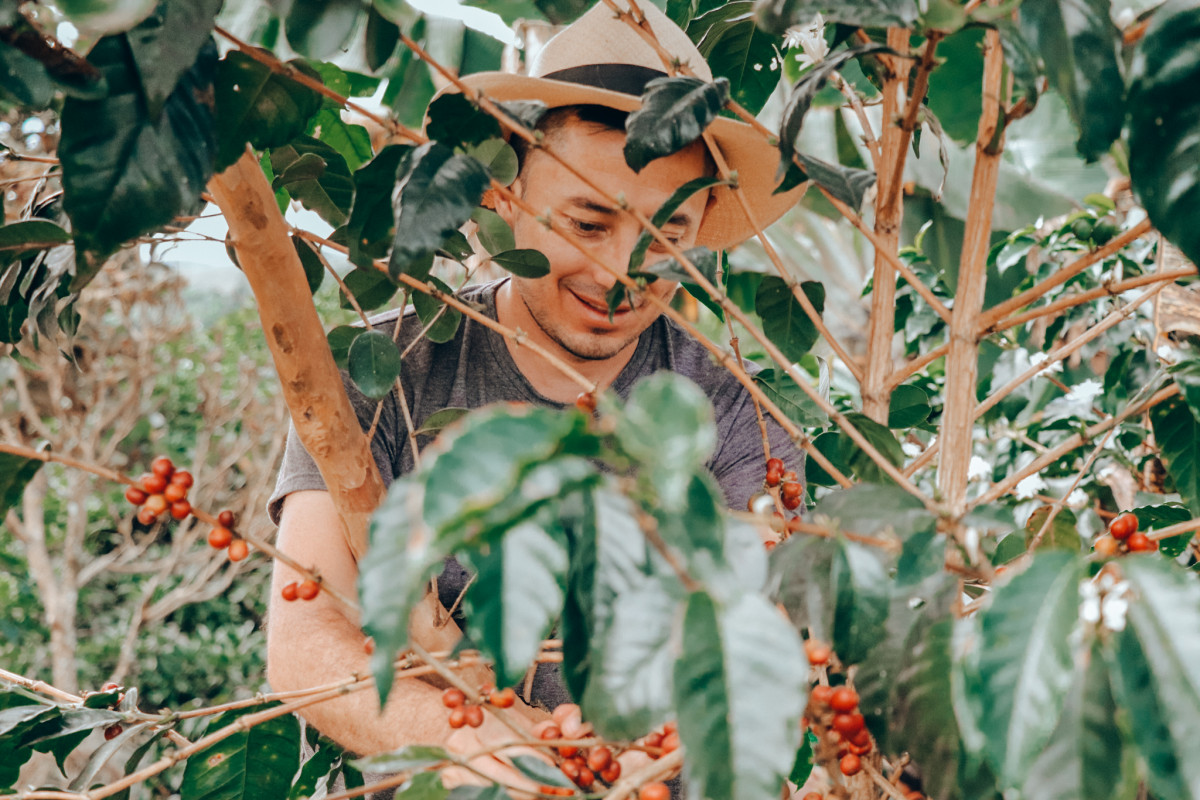 Finca El Paraiso, as the name itself suggests, is the exceptional heaven of growing and processing coffee. Diego Bermudez is the man behind and a true genius, whose work is constantly filled with innovative ideas. Aside from him, his family shares a similar entrepreneurial, scientific and enthusiastic spirit.

“I believe in a reality that is eager to innovate and make an impact”.- Diego Samuel Bermudez Tapia

Finca El Paraiso is a family operation. Diego Samuel and his family have worked together to create a range of high-quality coffees with unparalleled consistency. The crew consists of 4 family members, and 8 employees, that focus on implementing technologies in all aspects of coffee production.

They follow the fertilization programs strictly according to the necessities of their trees and they have developed advanced fermentation, washing techniques and using self-collected micro-organisms. Diego has even developed his own environmentally friendly driers that work on a condensation principle.

“I dream of being a coffee grower, generating business, processing coffee, which is what I like to do best, sharing with family and workers the best moments on the farm and have much tranquility.” – Diego Samuel Bermudez Tapia

In 2008, Diego Samuel Bermúdez Tapia started a family project to grow coffee at El Paraíso farm, located in the Department of Cauca, municipality of Piendamo, in the village of Los Arados, thus beginning an adventure that would become his lifestyle. He began his learning process with the firm conviction of providing answers and solutions to the challenges faced by the coffee sector. He dedicated himself to improving, through innovation, incorporation of technologies, practices for the cultivation and processing of coffee with the objective of strengthening his foundation.

From 2015, Finca El Paraíso began to stand out and position itself as a producer of specialty coffee through participation in various regional and national competitions. as a family business dedicated to the cultivation, processing, production and marketing of high quality coffee. Finca El Paraiso counts 3ha but it also includes five farms in total, among which: Villa Rosita – 7 ha, Villa Esperanza – 10 ha of coffee area (25Ha total) and Villa Alejandro – 3 ha. All of them work under the name El Paraïso. Main variaties are Castillo, Pacamara, Geisha, Laurina.

Diego Bermudez is the true farmer of innovation whose approach is purely scientific. He was one of the firsts in Colombia to start experimenting with fermentation processes, by adding different types of microorganisms and yeasts. By now Diego has developed more than 10 replicable protocols (recipes), so he can produce his profiles on demand.

The basis for this is a strict regimen of almost industrial-style processing where cleanliness and a controlled environment are key. All cherries are washed thoroughly with filtered water to remove all microorganisms present on the skins. After that, he introduces his own recipes of microorganisms into the fermentation process based on a organic compound analysis done on the the cherry contents. He then controls the level of fermentation by keeping track of temperature, PH, pressure and other environment variables.

To this point, it’s important to state that certain flavour compounds found in the coffee have not been added, rather they are intentionally formed during the fermentaion process using already molecules from present compounds. Diego himself revealed to us during our latest conversation (November ‘21) – would not be profitable to add such compounds that are already expensive in the market, more than the coffee itself. Based on his initial findings Diego has created a focus on Castillo and Geisha for developing his post-harvest process.

Read more about the fermentation...

There are different methods to approach controlled fermentation. The fermentation they are using at Finca El Paraiso is based on the culture medium (por medio de cultivo). Depending on the type of nutrition and the metabolism of the cherry, it can develop different types of profiles (aromas) during the fermentation. Diego’s team focusses on controlling and adjusting the factors that might make inconsistent the cup profile.

The variables are endless and some of them are beyond control, for this reason, some profiles can be similar (like Red Plum and Lychee, even if cup profile, acidity and body are different).

The variables to adjust:

Diego is currently working with the University of Antioquia on a long-term project to investigate how compounds are developing in the cherrries during fermentation and how to isolate them.

The farm has a temperate humid microclimate that is affected much by the winds from the pacific in the east that create regular temperature differences. Due to the high elevation (average; 1930 m.a.s.l.) the beans ripen slowly having more time to generate sugars as input for fermentation.

It’s relevant to mention, that although Diego shares a lot of information, he will not share all the secrets behind his craft. Not to mention that many details are developed on the basis of his local environment for processing.

The main process: Double fermentation at a low temperature with a thermal shock washing (cold and warm water)

Read more about our Candy Geisha...

The Geisha varieties adapted to the Cauca region are characterized by a delicate, citric and aromatic profile. The perfect climatic conditions, the altitude, the terroir and the intense rains throughout the year, are key factors to develop a brilliant profile that highlights the quality of this variety.

The main process is very similar to the one described above. The first steps of the process include cleaning and disinfection of the cherries with ozone to reduce any unwanted microbiological load. The cherries are then transferred to stainless steel fermenters with CO2 to displace oxygen and so, preventing the oxidation of the coffee compounds present in the pulp. The first fermentation occurs at 18 Celsius degrees at 20psi and last 36h, during which the added yeast Saccharomyces Carlsbergensis generates different esters (whose smell is similar to pineapple). Finca El Paraiso has a collection of isolated and selected microorganisms according to their sensory profile in fermentation.

Prior to the inoculation of microorganisms in the coffee masses, a phase called biocatalysis of precursors occurs. It consists of generating the biochemical conditions of cellular stress to generate the biosynthesis of more aromatic fermentation compounds, such as esters, aldehydes, alcohols among other compounds. These reactions last 36h and occur in stirred tank bioreactors in fed-batch operation with mucilage feeding.

The second fermentation occurs with pulped coffee. This phase consists of adding the yeast culture medium in the mucilage (250 mL of culture medium per kilogram of coffee) and switching to an aerobic phase (in a rotary fermenter for an optimal homogenization). These secondary metabolites remain mainly in the leachates since the parchment and the silver film that cover the coffee beans are difficult to penetrate. So, after fermentation, washing with a thermal shock technique allows the membranes and pores of the coffee beans to expand rapidly to fix fermentation compounds around the coffee beans. This also prevents the coffee to lose them during the washing process. The last phase consists of a controlled drying at a low temperature with dehumidifying systems.

Exceptional quality requires immense effort and knowledge! The Coffee Quest is more than willing to compensate the producers’ effort with a higher price. At the core of every relationship with farmers stand transparency and trust. In our recent talk with Diego (November 2021), we were happy to see his progress and satisfaction with our collaboration.

“What we really like partnering up, working with you is a peace of mind, which is something very important. We trust each other and that’s significant as well.” – Diego Samuel Bermudez Tapia

On a farm which has Science is written all over it, they are tackling the environmental issue with the same innovative approach. Diego encourages environmental leadership in areas such as water resources, pollution prevention, and soil management.

Other relevant topics for Diego and his staff are soil productivity management and surface erosion through the planting of native and nitrogen-fixing plants. Moreover through soil and leaf analysis every two years they are able to assess overall ecosystem health, protect wildlife and maintain a natural reserve for native and wild flora and fauna. 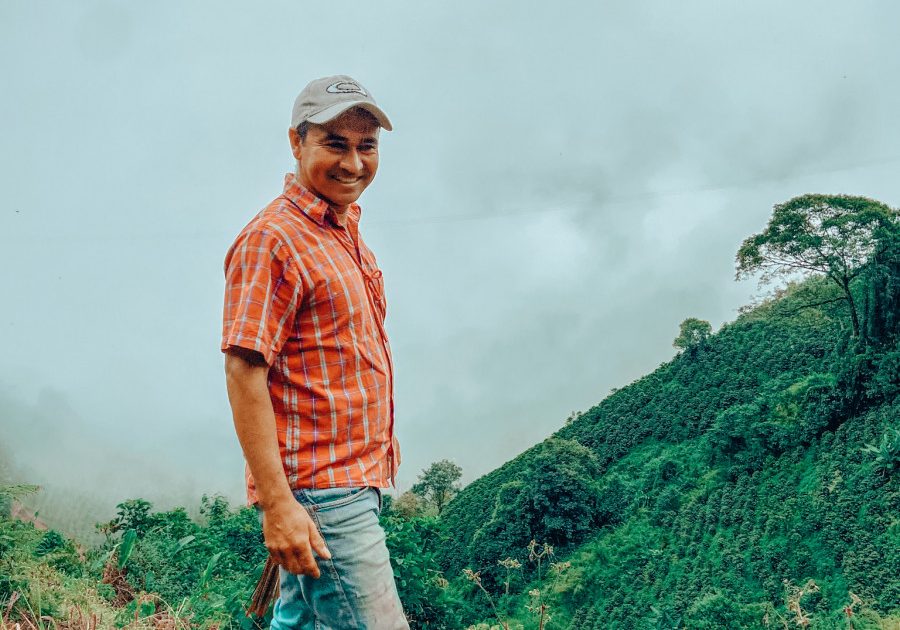 The lot El Dragón comes from a group of 22 smallholder farmers from Buesaco, Nariño. Read more about the sugarcane decaf method used. 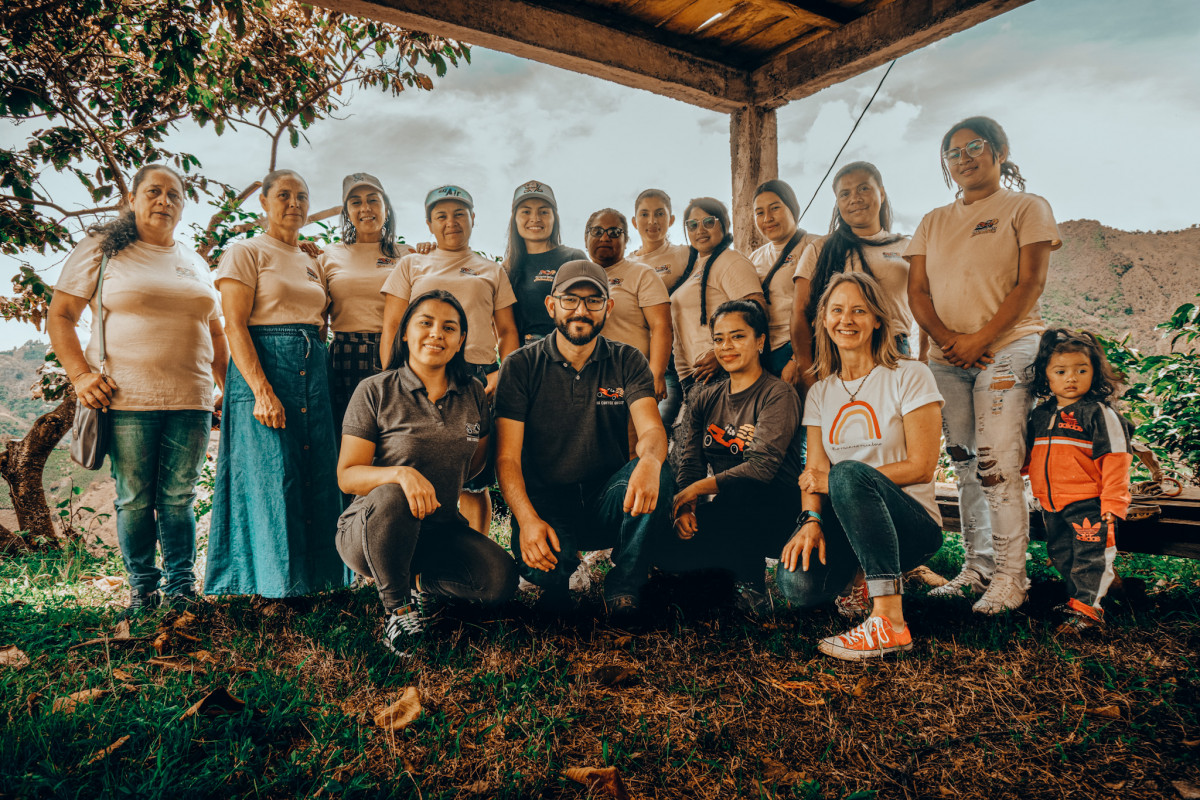 Mama Sierra is a project to empower Colombian women in coffee production and business management in such a patriarchal society like the Colombian one. 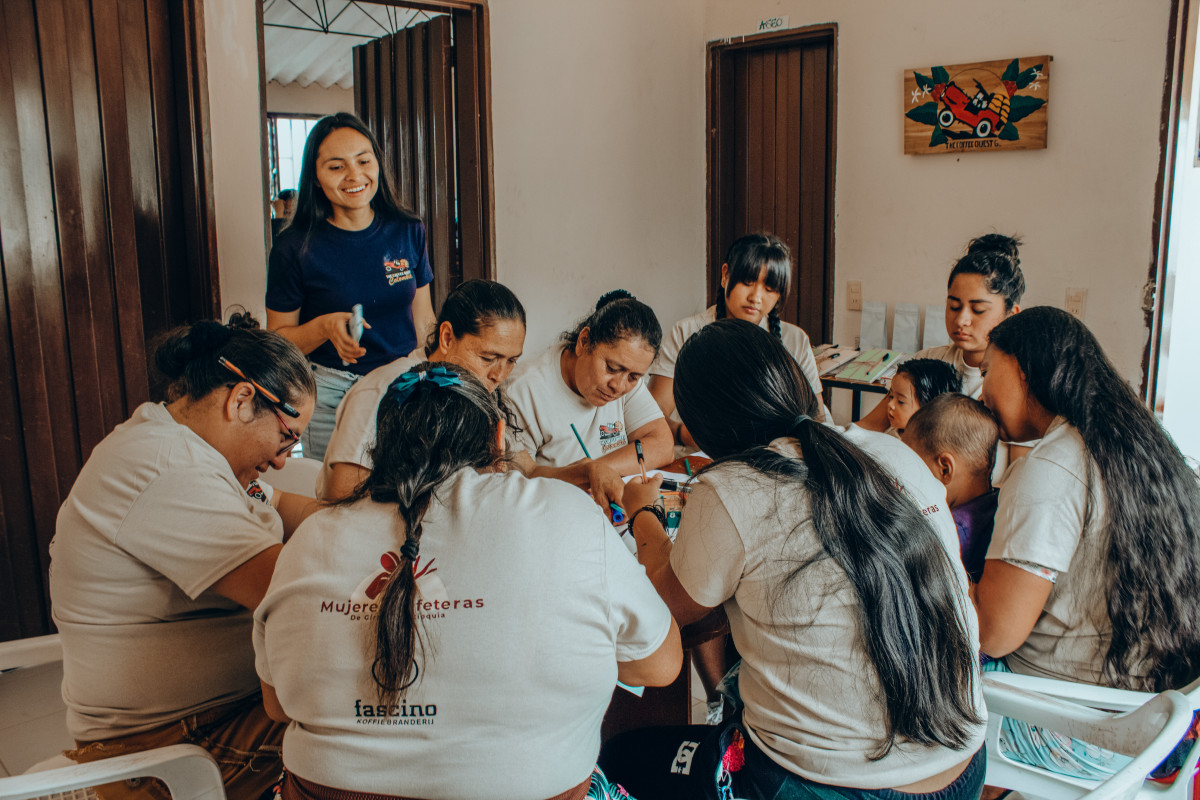