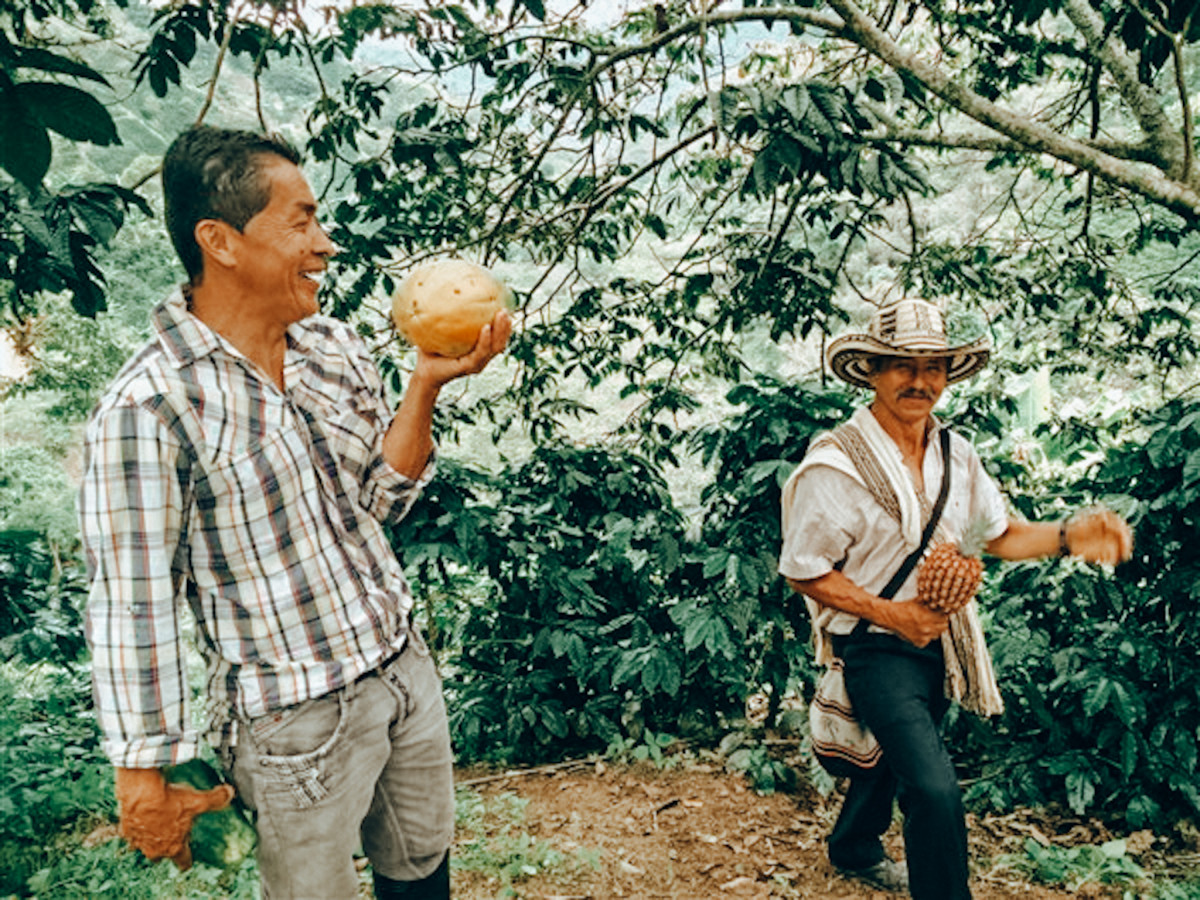 La Victoria is one of The Coffee Quest Colombia’s local partners in Huila. The association started out with 30 committed producers and their families. In 2020 the group has grown to 50 members that share the vision for quality improvement and for further steps to incorporate sustainable practices.

The member farms are located around the town of Santa Maria, at the foothill of the National Park Nevados de Huila (Huila Volcano). Their presence in the “buffer zone” around the park has a direct influence on the protection of the local environment. Next to that, the association plays a key role in the Santa Maria station, providing manpower for both the Lab and Warehouse activities, but also help us reach the local community of smallholder farmers.

In 2017, we were contacted though Facebook by a Colombian woman living in the US who asked if we were interested in trying some coffee from her native village high in the mountains of Huila. Sure, we said, a little intrigued. And a few weeks later a young guy rang the doorbell of our office in Medellin with in his arms a huge bag with more than 25 samples.

Andrés is the representative of the Association La Victoria in Santa Maria, he had spent 18 hours in a night-bus to meet us personally. We talked with him for a few hours until he had to catch the next night-bus back. He told us that Santa Maria, in the foothills of the Huila volcano had been closed off from the rest of the country for decades because of the guerrilla in the region. There are only two narrow unpaved access roads along dangerous precipices, so it was impossible for the authorities to enter the area. This is fortunate for specialty coffee lovers; the Coffee Federation never had a presence here. Resulting that all farmers of La Victoria grow Caturra, Colombia or Typica varietals. Hardly any converted to Federation’s favorite; Castillo. When we cupped the samples a few days later, we were in awe.

This was the best set of samples we had ever received. These were farmers, just doing what they’ve been doing for ages, they could only sell their coffee to local buyers for below-market prices, so they were never focussed on specialty processes. But we cupped coffees ranging from 84 to 88 points on the SCA scale. Since then we have had the group surpass all expectations and achieve good improvement each year.

The Coffee Quest is happy to see the local cooperation between farmers that average 1-3 hectares of coffee growing area. Their small structure of currently 50 farmers helps farmers to tackle challenges together.  The focus on the quality side of the coffee business is a real alternative to improve lives of rural families: the association supports farmers with training, housing assistance, education, and crop improvement and of course, access to finance.

The association buys the coffees from its members and tries to sell most of them to the national federation or to the exporters, who are the ones who give the best profitability for the coffee. By joining, people can support their families, but members also have responsibilities.  To be part of the association, improving the coffee quality and production is essential.

“We wanted to make coffee that was very different from normal coffee so that we could access specific buyers.” – said Andrés Perdomo.

Type 1 (85 score): The buying station allows us to cup all of the coffees from La Victoria members and determine what lots to offer. The “La Victoria” as group lot in our Classic segment, and consists of La Victoria members, and now also local producers that score between 84,5 to 85 points. The lot has a stable cup profile with a lingering milk-chocolate layer and a vibrant citrus fruit acidity that comes from the Typica variety grown at high altitude. This makes the coffee an excellent candidate for both filter (sweet!) and espresso. This group has seen quite an increase in contributors from 2017 to in 2019, which is a good indication of advice on post-harvest tecniques have been applied successfully.

For example; A producer would switch from 24hrs to 36hrs of fermentation to generate a complexer cup. The station is able to provide continuous feedback and provide tailored advice to improve production methods and monitor the risk.

Micro lots: To select the best micro lots we focus on 86+ lots that have a beautiful complexity in the cup profile. The Santa Maria area offers a good range of fruity washed lots due to the longer fermentation times. In some cases we combine the volume from 2 or 3 farmers together to reach a minimum of 10x 35kg bags of exportable green coffee. The combinations are made by taking the cup profile into account, and will carry the name of the largest contributor. This method allows us to provide a steady volume for our Seasonal segment, with interesting cup profiles that variate in between each harvest. Micro lot farmers will have a seperate profile page on the website.h

In the Santa Maria station we cup all the available samples handed in by the local community of farmers. A lot of work! But it allows us to pay the farmer contributing to La Victoria in access to the  quality market. All 85 scoring lots have fixed minimum price that is about 20-40% higher compared to local prices for commercial lots.

Together with local partner La Victoria and others, The Coffee Quest Colombia is working on environmental improvements in the zone just next to the Parque Nacional del Nevado De Huila where you can find many Santa Maria farmers. The park management has set-up a geographical buffer zone around the park where all activities like coffee farming and cattle aim towards making activities more environmentally friendly, by setting up different projects with Parques Nacionales Naturales de Colombia and local environmental foundation FUSAMDES.

Read more on the blog of the Dutch Ministry of Agriculture: “Specialty coffee from Colombia with a green taste”

The Coffee Quest will be actively keeping track of developments in Santa Maria, with the intention to stimulate their efforts in upcoming years. The Lab inside the buying station is used for workshops focused on quality and consistency improvement. Many producers have experienced a ‘cupping’  for the first time, sometimes even tasting their own coffee for the first time. A great motivation to put in the effort to develop better production methods. Santa Maria has a troubled past, hidden from the world, right now, the farmers have the opportunity to continue improving and even think long-term. 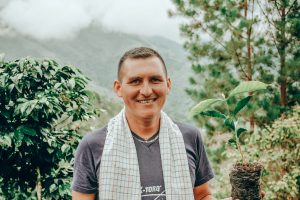 Ernedis from finca El Paraïso in Gigante Huila is what you call a passionate professional. He runs his farm as a family oriented company, while experimenting with; new equipment, fermentation methods and even new varieties. 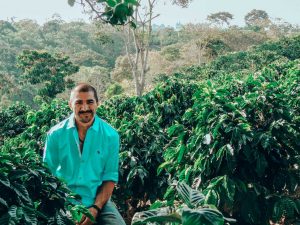 Laboyano our best group lot coming from Pitalito. We love the consistent flavour profile, which is largely influenced Pink Bourbon found among the Laboyano’s in the area.